ABOUT JOSH ROUTH
"Amazing and hilarious. Thanks so much for making our event a hit!" - Cheryl W. - Washington University Orthopedics 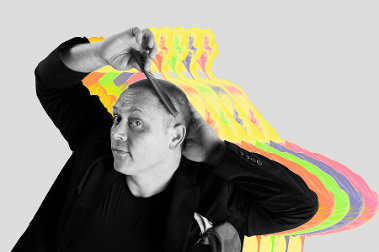 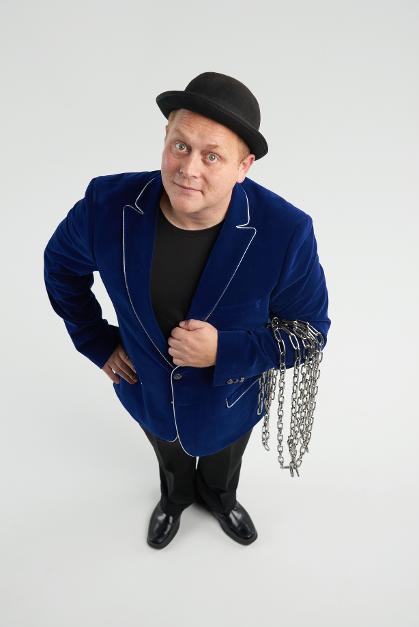 Joshua Routh is a nationally recognized entertainer, and a founding member of the performing troupe, Circus Kaput. As well as being an exceptional physical comedian Josh is an accomplished magician, juggler, hypnotist, sideshow performer and acrobat. He has performed in 42 states, for thousands of people in many diverse venues. Including the Smithsonian Museum and Ripley's Believe it Or Not!
In 1993 at the age of 15 Joshua began performing the carnival/event company Lefton Promotions. He travelled the country for Lefton until 2001. In early 2001 Joshua moved the show to San Francisco where he trained for two years with Master Lu Yi of the Nanjing Acrobatic Troupe. Also he attended the Clown Conservatory where he graduated "Class Clown".
Joshua has performed with The New Pickle Circus, The San Francisco Youth Circus, The Famous Reynold’s Circus, The St. Louis Shakespeare Festival and many others. In 2004 he was a featured artist for Major League Baseball’s World Series gala. He has also performed for the St. Louis Blues Hockey Team, The St. Louis Rams Football Team, Missouri Governor Matt Blunt, San Francisco mayors Gavin Newsom and Willie Brown. In 1998 he even did a magic trick for President Bill Clinton.
Joshua has been on the small screen in TV commercials for Maxwell House, Ameren UE, H & R Block, and many others. He has been featured on the TV shows ‘Best of California’ and ‘House Calls’. Also, he has been seen on NBC, FOX, ABC, PBS and UPN.
When he is not performing Joshua is busy directing, consulting and teaching circus, theater and the related arts for many corporations like Google, Wells Fargo, and Edward Jones. He also lectures for universities, theater companies, magic societies and circus organizations.
In 2003 he was awarded a CAT Fellowship through the St. Louis Regional Arts Commission for his work as a social artist.

Circus Kaput's Events Are Exciting And Entertaining. Bring Even More Fun To Your Event With Our Other Entertainment Options Like Juggling, Comedy Hypnosis, Stilt Walking, Face Painting, Sideshow, And Magic. We Are Sure You Will Agree, Circus Kaput Does Great Events In Missouri And Illinois.

This Web Site Is Maintained By Circus Kaput To Provide Information About Circus Kaput(CK) Booking Services And To Provide Links To Sites Of Independent CK Subsidiaries That Provide Variety Entertainment Services In The USA.